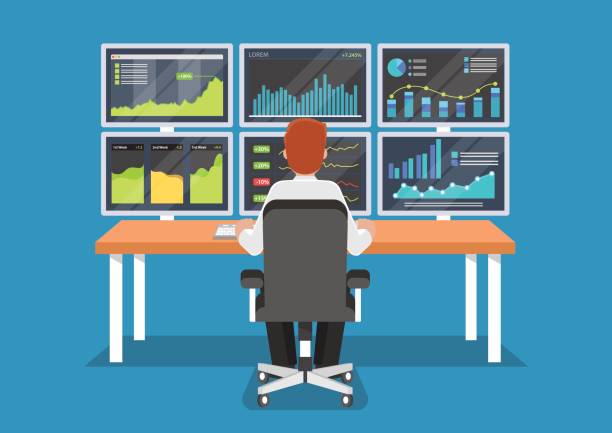 Getting Started with Investing in Small Cap Companies

In this article we will look at some of the benefits offered by these form of investments and assess the historical performance of Small Cap companies that suggests you might want to include them in your portfolio.

(Note: This article uses historical data sets to illustrate key concepts. Therefore specific trends and data displayed may not be relevant to the current time.)

The greatest amount of analytical brainpower in the financial industry is expended on the very largest companies².

Because the Small Cap universe is so under-reported or even undiscovered, there is a high probability that Small Cap stocks are improperly priced, offering an opportunity to for the Small Cap investor to profit from these price inefficiencies.

So how small is “Small”?

Looking at the different benchmarks of stock market Small Caps, they vary considerably across the globe.

In Europe, the Euro Stoxx Small Index is made up of companies valued between £3.5bn to £1.23bn

In the UK the definitions of Small Cap are different again:

The above data would suggest if an investor is looking for a Small Cap to invest in, then a good place to start looking would be the AIM.

Equity markets have not done badly at all over the past 60 years or so.

These figures as impressive as they look are dwarfed by the same investment into UK Micro Caps: £1 invested in UK Micro-Cap companies in 1955 would have grown to a staggering £33,011 by 2017.

(The above figures include dividend payments reinvested and price inflation over the years.) Value vs Growth and Small vs Large

The small company effect highlighted how Small Caps have outperformed the wider market since 1955.

Looking at the returns from 1955 to 2013 when combining Small Cap companies with an income and value strategy the results are very revealing: Recently there has been significant research into liquidity and what it might mean for the overall returns made by investors.

Interestingly it suggested there could be a performance advantage to be had from investing in less liquid companies.

The performance differentials, shown in the below illustration, were simply vast². The term “Ten Bagger” is often heard mentioned in internet chat rooms and investment clubs and refers to a stock which has achieved returns equal to 10 times the initial investment.

Although extremely rare in Large Caps, “Ten Baggers” in Small Cap companies are not such a rarity and at times can achieve even higher multiples.

Below are 5 examples of some incredible performances from some Small Cap stocks and the time period the move occurred. Although “Ten Baggers” are not as rare as might be expected, caution must be taken as for every success story one can find a disaster.

Investors seeking a higher return on their investment must be aware that Small Cap companies are classified as high risk. Another factor to be aware of when investing in Small Caps is how they react to news flow.

Some Small Caps may trade sideways for extended periods then have exaggerated spikes in price and volume upon the release of company specific news.

The below chart illustrates this point with the circled spikes in price and volume coming after a news release. Some of the price moves are over 300%.

The moves shown below are all positive. Negative news flow will have a negative effect on the stock price which can see moves of similar or greater magnitude to the downside. Alternative ways to get involved in Small Cap Investing

An IPO is when a private company lists shares on the stock market for the first time and members of the public get an opportunity to buy them.

The cash raised from the sale of the shares is typically used to finance the growth of the company.

When a company decides to list, it will issue a prospectus outlining the details of the IPO, listing the pros and cons along with giving a guide to price range.

Following the prospectus being approved by the FCA the company can begin marketing the IPO and raising the required funds. This is often referred to as building the book. The book often remains open for 2 weeks, however, it can close early due to high demand.

Once all orders have been received and the book closes the company will inform investors of allocation policy and the final share price.

Price may be higher or lower than the expected guidance. If demand is high, investors may receive significantly less shares than they applied for, and in extreme circumstances, may not receive any shares.

When the above process has been completed, the shares will begin trading on the stock market.

The company will issue new shares, through its Corporate Broker, often at a discount to the current market price.

The company’s corporate broker will offer the shares to institutional and qualifying investors through a Placing or Book build.

Frequently the information disclosed to investors is market sensitive and requires an agreement from the investor to receive inside information via a market sounding.

A Secondary Placing is usually a faster process than an IPO as the company is already listed.

The bookbuild may close anywhere from one day to a week.

As with an IPO if demand is high investors may receive significantly less shares than applied for and in extreme circumstances may not receive any shares.

Once the book has closed and allocations decided, an announcement is made via the Regulatory News Service (RNS), usually a day or two after book close, pre-market open.

The new shares are tradable on the day of the announcement unless the company requires shareholder permission through a general meeting (GM), in which case the shares will only be tradable after shareholder approval.

Some of the risks of investing in a Secondary Placing are: Issuing more shares can have a dilutionary effect on the share price, the investor will be in possession of inside information, shares price can fall as well as rise.

It is a fact that Small Caps are under analysed by the large financial institutions and therefore can offer the private investor an opportunity to capitalise on these price inefficiencies.

In the UK, the AIM has the greatest concentration of Small Caps. The AIM has 20 times more Small Caps listed than its closest rival exchange.

When combining Small Caps with value and income strategies and incorporating illiquidity the performance difference is greater still.

There is significantly more potential for a tenfold or greater return when investing in Small Caps compared to Large Caps.

AIM and Small Cap companies offer a great opportunity for a high return, however, are classified as high risk investments.

If you are interested in Small Cap investment, IPO’s, Secondary Placings, or would like more information, Click here to Book a Call with one of our Investment Advisors

All investments carry some risk. The value of shares and the income from them may go down as well as up and you may not get back the money you invested. It should not be assumed that the value of investments will always rise. Past performance is not a reliable indicator of future results and investment in shares carry the risk that all or some of the capital invested might be lost.
Small Cap or AIM listed companies can be highly illiquid making them difficult to sell at the quoted price, and in some cases, it may be difficult to sell them at any price. Small Cap or AIM listed companies can have a large bid / offer spread which means there could be a large difference between the buying and selling price. Companies listed on the AIM market can be highly volatile and are considered high risk speculative investments. Investments in Pre-IPO’s and IPO’s involve a high degree of risk and are not suitable for all investors. A PreIPO issue is the funding given to the company before listing, there is no guarantee that the company will list. All investments made into an IPO or new issue or in a secondary issue should always be made solely based on the information provided in the relevant prospectus and any other supplementary documentation. The specific risks will be detailed in the prospectus. You should be sure that you fully
understand the purpose of, and the reason for, the fundraising.
Only speculate with money you can afford to lose. Tax laws are subject to change and depend on individual circumstances. Please ensure that you fully understand the risks involved. If in any doubt, please seek independent financial advice prior to investing.
This article is published by Clear Capital Markets and does not constitute a solicitation or personal recommendation for the purchase or sale of investment. The investments referred to may not be suitable for all investors. Any data or views given should not be construed as investment advice. Every effort is made to ensure the accuracy of the information, but no assurance or warranties are given.

Get the CCM Morning Report direct to your inbox

Clear Capital Markets Ltd has NO connections with ‘Binance’ or ‘Clearsave’, in any context. Assertions made contrary to this are false representation. The Firm does NOT offer products or services in unregulated products such as Cryptoassets or Binary Options and is not known as "Capital Markets London"...

We use cookies to optimise site functionality and give you the best possible Experience.
Cookie SettingsAccept All
Manage consent

This website uses cookies to improve your experience while you navigate through the website. Out of these, the cookies that are categorized as necessary are stored on your browser as they are essential for the working of basic functionalities of the website. We also use third-party cookies that help us analyze and understand how you use this website. These cookies will be stored in your browser only with your consent. You also have the option to opt-out of these cookies. But opting out of some of these cookies may affect your browsing experience.
Necessary Always Enabled
Necessary cookies are absolutely essential for the website to function properly. These cookies ensure basic functionalities and security features of the website, anonymously.
Functional
Functional cookies help to perform certain functionalities like sharing the content of the website on social media platforms, collect feedbacks, and other third-party features.
Performance
Performance cookies are used to understand and analyze the key performance indexes of the website which helps in delivering a better user experience for the visitors.
Analytics
Analytical cookies are used to understand how visitors interact with the website. These cookies help provide information on metrics the number of visitors, bounce rate, traffic source, etc.
Advertisement
Advertisement cookies are used to provide visitors with relevant ads and marketing campaigns. These cookies track visitors across websites and collect information to provide customized ads.
Others
Other uncategorized cookies are those that are being analyzed and have not been classified into a category as yet.
SAVE & ACCEPT